Anatomy of the knee 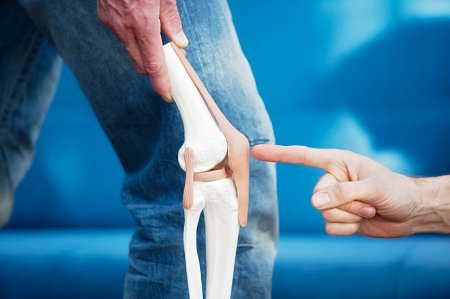 The knee is contained within a strong joint capsule and this in turn is lined with synovium that produces the synovial fluid to lubricate the joint and help cushion the joint surfaces as loads are transmitted through the knee. The synovium can become inflamed and produce excess fluid as a result of either mechanical problems within the knee or various inflammatory types of arthritis.

The joint capsule, the menisci and the ligaments which support the knee have a rich nerve supply which helps transmit messages to the brain to help with joint position sense (proprioception) and co-ordination. Proprioception can be slow to recover after many knee injuries and this contributes to the feeling of insecurity that many people have after a knee injury.